We are conducting R&D on microalgae production using outdoor large-scale cultivation facilities. After harvesting,we extract algae oil and proceed to driving experiment with its blended fuels.

Botryococcus oil contained hand cream called “moina” appeared in market on November 2014. This is an outcome of our research collaboration with DENSO CORPORATION.

The aim of the project is to cultivate algae in an efficient way by applying highly concentrated CO2 generated from the cement manufacturing process, and to produce stably highly functional bioplastics with low energy consumption using organic valuables recovered from algal biomass. The target is to guide the technologies for social implementation, which enables to reduce CO2 emissions by 1.36kgCO2/kgBM through all manufacturing processes of algae plastics.

In the project, we are developing various industrial applications of algae, by focusing on hematococus, derived from Saga Prefecture to investigating the growth characteristics of the culture strains, and examining the culture system for large-scale cultivation.

Together with the Sendai City and Tohoku University, we are aiming to construct a new circulation system in the waste water treatment process, which produces oil by algae and uses the oil in the sludge incineration facility.

This will be achieved by combining the cultivation of two types of algae (Aurantiochytrium and Botryococcus braunii) in the sewage treatment process at Minami-Gamo Wastewater Treatment Plant, which sustained damage by the tsunami. 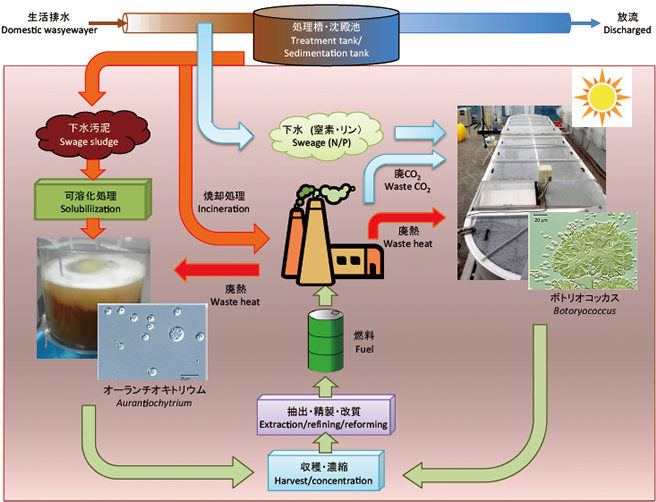 :Oil production process by algae
Sustainable system of oil production in the sewage treatment and its use as fuel in the sludge incineration.

As one of members of Algae Industry Incubation Consortium, Japan (AIIC), we are conducting a project in Minamisoma, Fukushima. In this project we cultivate large amount of native algae to produce fuel. Our goal is to reduce production cost and lower energy consumption during the fuel production process. In order to achieve this goal, we use waste heat, CO2, and sewage water in cultivation process, and optimize down streamlining process such as drying, concentrating, conversion (to crude oil using HTL), as well as residue recycling. 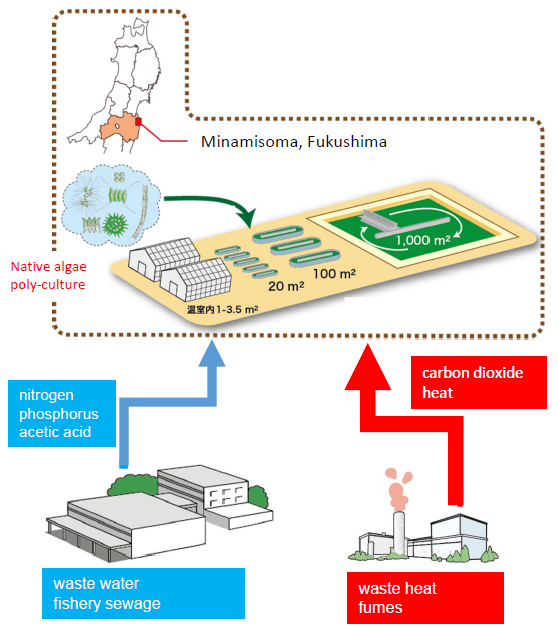 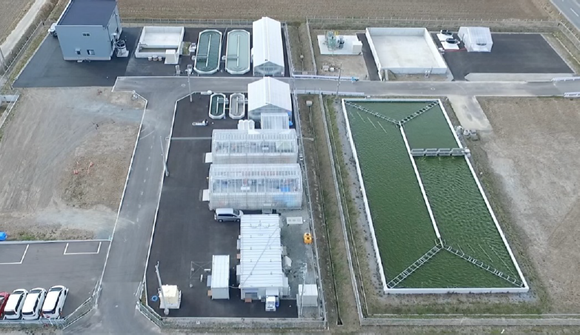 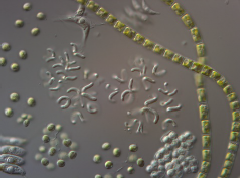 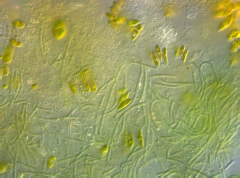